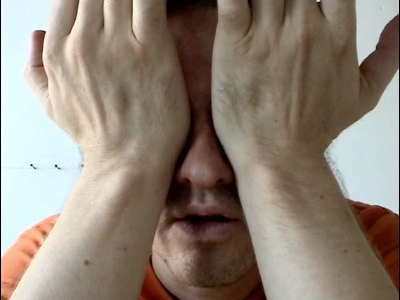 What a Black Man Feels Like starts from an insight I had as a massage therapist in fancy hotels; every time I learned that my next client would be a black man I would be interested/anxious in a way that I was never about any other client. The intention of the piece is to create an intimate verbal and visual space in which the viewer is brought into conscious proximity to an example of the subtle form race prejudice can take.
When describing my intentions for this piece I was asked; “is there really anything to say about race at this point”.  In response, I told the person of a dream I had had in which I went to a lecture, I sat in the audience. It was a steeply banked auditorium. There was a dark skinned black man sitting directly in front of me. He had no shirt on. The lecture began and I began to massage his back. The lecture went on and I continued to massage him mostly with my forearms, a particularly relaxed massage stroke, simultaneously working deep into the muscle and also resting on the expanse of his back. After about 20 minutes, a long time, he got up, stood up, turned around and said; “Would you just stop?!”. 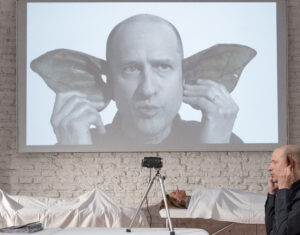 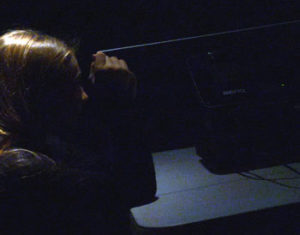 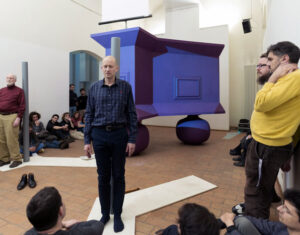 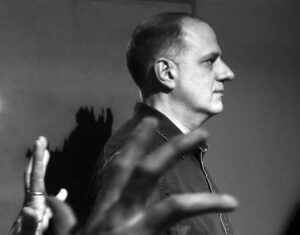